“I landed a $4000 coaching contract just a few days into my studies.”

Jim Cocks knew he was on the right path in life when he landed a $4000 coaching contract just a few days into his studies at The Life Coaching College.

“I had a contact who asked me to help coach his team on leadership and communication,” Jim says.

“So I was flown up to Sydney, and I ran a workshop that paid for the first quarter of my course. Things just kind of grew from there.”

Jim had not expected to see results so quickly. He had recently signed up as an Uber driver to help pay his tuition fees for his Master Practitioner of Coaching course, after turning his back on the corporate world to launch himself headfirst into The Life Coaching College.

“From the get-go, there was just something about the college that resonated with me, and I think in addition to the community feel, it was the breadth of the course work,” he says.

“It was that block learning that appealed: you learn a subject, you gain a certificate, and then you move on to the next subject, which means that pretty much from your first week of training you can start a coaching business.”

Which is exactly what Jim has done.

He has close to 40 full-time clients, and has recently contributed to volume four of Jim Britt’s best-selling series, Cracking the Rich Code, which has been endorsed by famed US coach Tony Robbins.

Jim earns triple the amount compared to his previous sales and marketing roles, all while working fewer hours. However, while he enjoys the earning power of coaching he has also come to re-define what rich means.

“I think that ‘rich’ comes in many different shapes and forms,” he says.

“For me, I get a lot of energy from helping other people, and that’s richness for me as I don’t want other people to go through what I went through to get to where I am now.”

Like many people who fall in love with coaching, Jim had to first experience the “wrong” career path in order to find the “right” one.

A trained dancer, he studied for a Bachelor of Arts in musical theatre and spent the early part of his career as an international performer for Disney and Warner Brothers’ theme parks.

The work took a toll on his body, and eventually, Jim moved to Sydney and studied for his Masters of Arts Management (MBA), before transitioning into a series of corporate roles for fitness and leisure centres.

But the desk-bound work was far from satisfying. At one point, Jim was overseeing 850 staff across a range of sites and he rarely took time off.

“I was used to having this freedom as a former dancer and travelling the world,” he says.

Then came the moment in 2017 that changed everything.

“I had just completed a massive project that my boss had asked for, but I was then told that I had to start over again and I had three days to do it, and it was probably about four weeks’ worth of work,” he recalls.

“I walked out of the office and I called my Dad crying and said, ‘Look, I’m going to quit my job today’.”

Jim’s supportive Melbourne-based parents travelled to Sydney, picked him up and took their son home.

“I realised the salary that I had been aiming for my whole life involved being chained to my desk and feeling incredibly burnt out and I was becoming quite self-destructive in my personal life, with lots of partying and drug use,” he says.

I spent the next six months in bed and watching Netflix.”

Jim, of course, recovered and found his calling at The Life Coaching College, where he now also runs mentoring classes to keep other coaches accountable and to help them to put ideas for their business into practice. 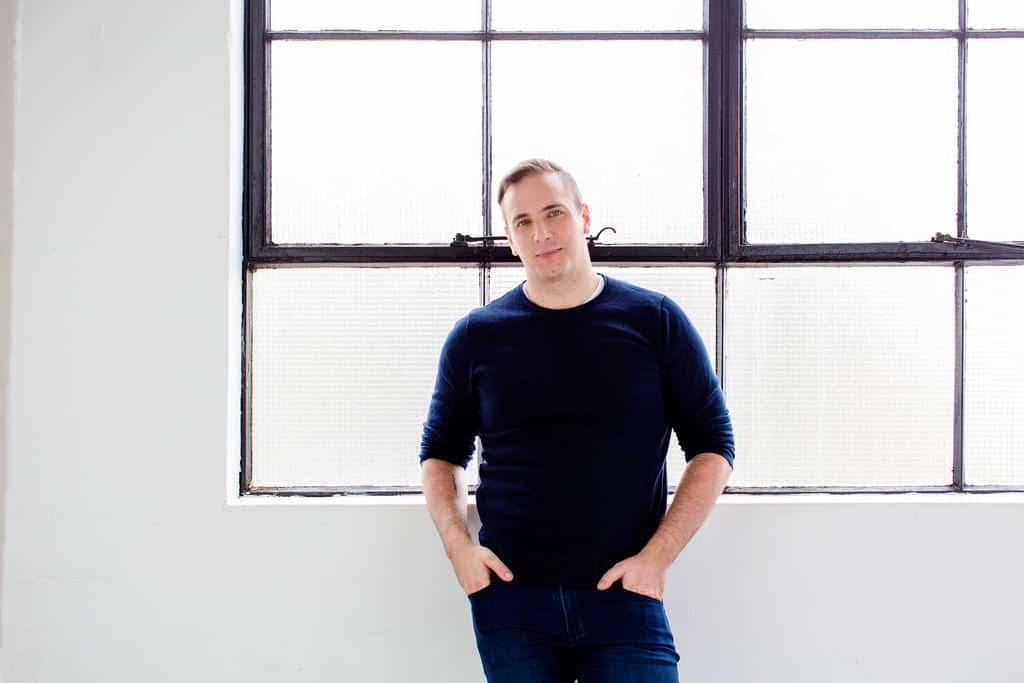 “I have 15 years’ experience in sales and marketing and so it made sense to put it to use,” he says.

The mentor role has also allowed him to work closely with like-minded colleagues while forcing him to hone his own skills.

“Listening is so important, and I think the hardest thing for me to learn in the beginning was to shut up,” Jim says with a laugh.

“But coaching is not about giving advice. It’s about helping other people discover what they want to do.”

Interested in becoming a life coach? Click here to explore our coaching courses and discover the exact steps Jim took to build a profitable coaching business while studying.

Glen Murdoch is the founder and CEO of The Life Coaching College. He has a long history of working with Athletes and Teams as a Performance Coach and Analyst and has developed Australia's number 1 Life Coaching College.
"I landed a $4000 coaching contract just a few days into my studies."