We all have defining moments in our life — certain events that crystalize a clear path or a new way forward — and for Davy Rowe that moment came high in the mountains of California, watching what he would later describe as “miracles taking place”.

The businessman from Perth was at a crossroads in his life, and had travelled to the US for a men’s retreat, which encouraged participants to get in touch with their purpose. It was a weekend of catharsis, of coming to terms with trauma, of forgiving others as well as one’s self.

“The experience totally shifted my way of thinking,” Davy says.

“I witnessed miracles; I witnessed men dealing with stuff they have been avoiding all of their life.”

Davy knew he had found what he had been searching for his entire life. 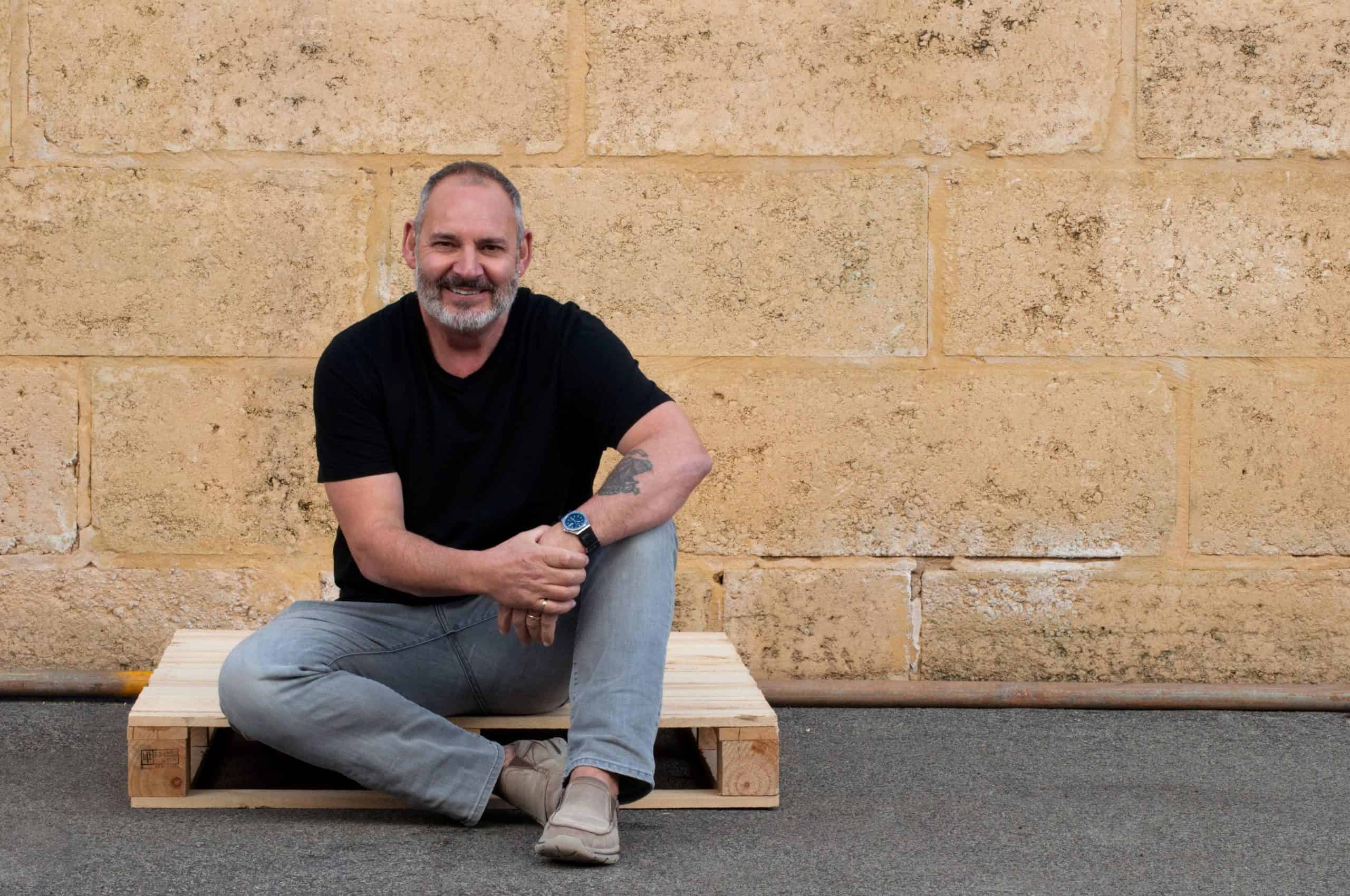 “I had always been driven and I felt like I had found a home,” he says.

“I knew then I wanted to help other men the way I had been helped.”

Re-wind Davy’s story a couple of decades and you would be greeted with a very different life.

Davy arrived in Perth from the UK in 1990 with a wife, two young kids, and a determination to build a business from scratch.

He went on to establish Vortech, a successful air-conditioning installation company — it was the biggest in Perth — and Davy was busy. Busy with work, busy with family, busy raising his kids.

Then his world fell in three years ago when a trusted contractor refused to pay nearly $1 million in work Vortech had completed.

“At the time I felt so betrayed, I couldn’t believe that someone could have done that,” he says.

The betrayal forced the closure of the business, which pitched Davy into a low place.

“I lost my identity, my purpose and self-belief, even though my wife and I survived financially,” he says.

“I could have retired early but I am not the retiring type.”

Which is what prompted the trip to California in 2017 and his determination to help other men.

Following the revelation of his newfound path, Davy worked closely with the Californian men’s coach who led that first transformative men’s circle. While Davy was encouraged to begin his own men’s groups in Perth, he wanted to bolster his skills with a recognized and respected qualification.

“I wanted face-to-face learning, as I didn’t want to do it all online,” Davy says.

“I also wanted the proper accreditation at the end of it, and that was the main reason I chose the college.”

Davy signed up for the Master Practitioner of Coaching course in 2018, where he responded, in particular, to the teachings on Multiple Brain Integration Techniques (mBIT), an approach that aligns various instinctual, intuitive and intellectual systems of decision-making in an empowering way.

“The parts integration technique was massive for me,” Davy says.

In particular, it helped him come to terms with the betrayal he felt from the closure of his business.

“As part of my journey, I have written to the (contractors) involved and I have spoken to them,” he says.

“I’ve thanked them for the lessons and the opportunities it has given me because otherwise, I wouldn’t be doing what I am doing, and I couldn’t think of a more beautiful, fulfilling position in life; I am literally living my higher purpose.”

While Davy chiefly attended the college to attain his qualification, he found it personally applicable in unimaginable ways.

“Even if you don’t want to become a life coach, but you want to work on yourself, you could literally do the full curriculum in the college and you would experience such a transformation personally with your own wellbeing,” he says.

During the course, Davy connected with another student, Dan Hancox, and the pair decided to start a business together alongside Davy’s one-on-one coaching practice, called Coaching E.Q.

“We had a lot of things in common, we were both tradesmen but we both have these big hearts and this shared passion and empathy, to help and serve others,” he says.

“But we are also sharp enough to know how to run a business and how to be successful.”

Inspired by Davy’s concept of running men’s circles, Dan suggested they join forces and run the Authentic Men coaching programs together. The 10-week course, called Seize Your Power, takes men on a journey of self-discovery in a step-by-step process. 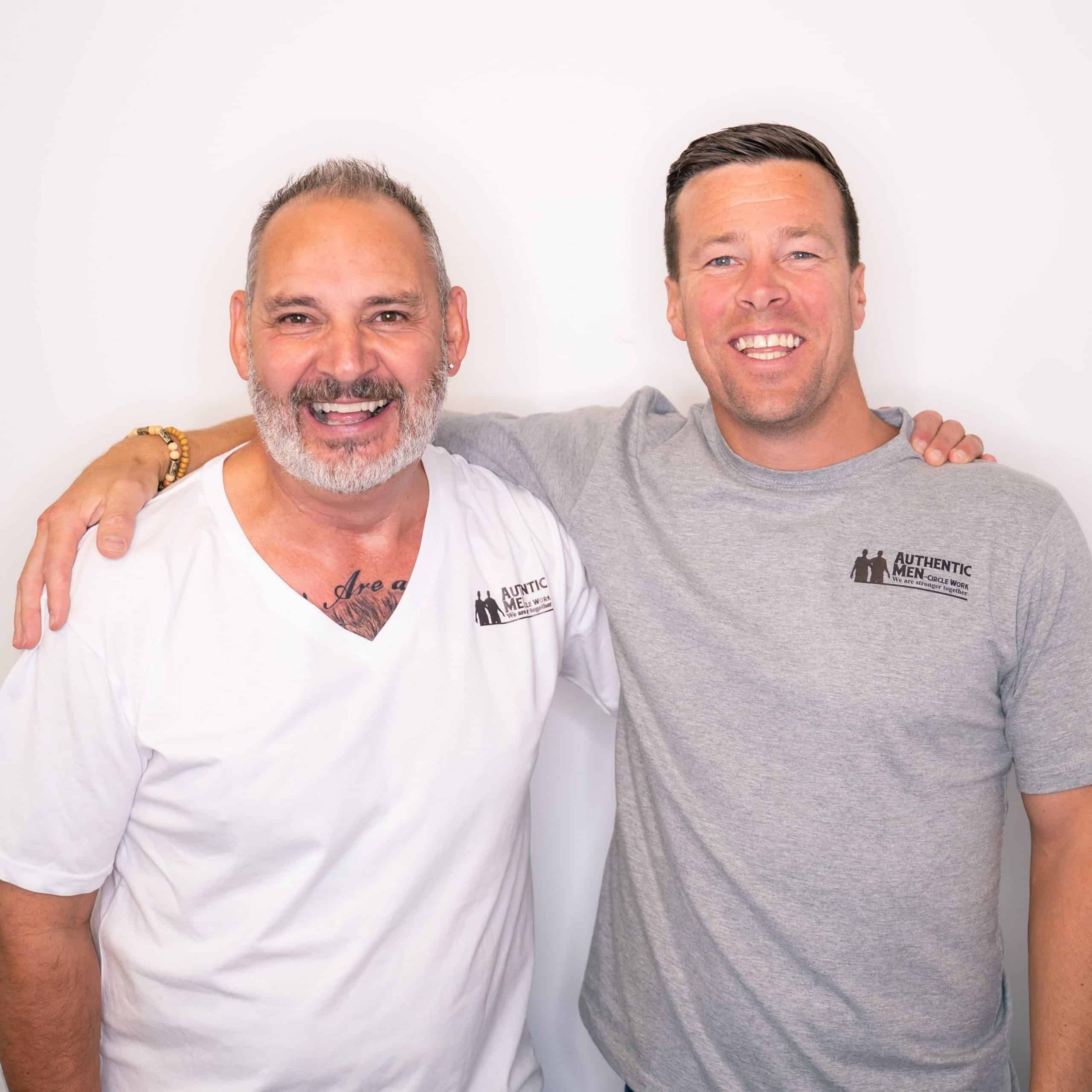 They are just finishing their second course — with a waiting list to start the third — and are aiming for the program to reach 1000 men.

“We’ve got about 30 or 40 guys involved now who will be forever connected in this closed Facebook group, and who can always call on their brothers if they are ever in trouble,” Davy says.

That lifeline, that connection, is what propels the movement.

“The idea is to bring these men together in a safe, trusted, non-judgmental space where they can be heard, then they can heal,” he says.