It was the first time I had felt at home anywhere

Daniel Beeson knew he had to make a change. It was 2015 and the then 35-year-old was running a successful tree cutting and gardening business, but he still lacked purpose. He had split from his wife and had fallen out with his mates, some of whom were still taking drugs. It was time to make a clean break.

“I had done all of the external work by building up my business, I just needed to make some internal changes,” he says.

“I had to switch off and start over.”

So Daniel moved up the mountain to Gembrook, south-east of Melbourne, where he lived alone for four years. In his first accommodation, there was no phone reception, and limited hot showers on the 180-acre property. He only left the mountain for work.

“It was the most transformational thing,” says Daniel, who is now a trainer with The Life Coaching College in Melbourne and certified life coach. 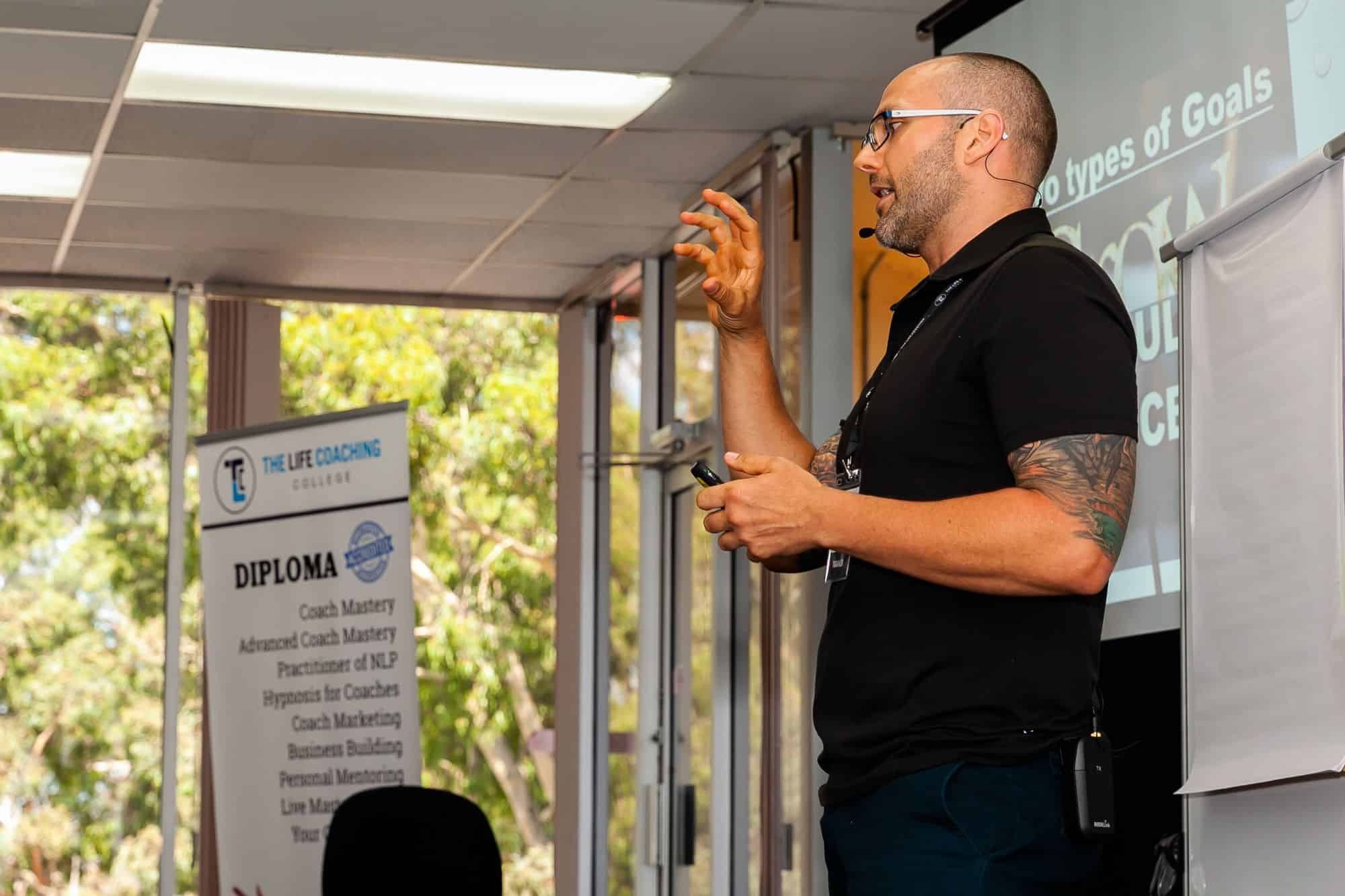 “It gave me a new sense of gratitude and it really helped me to deconstruct my unconscious brain.”

Not only was his time up the mountain restorative, but it also led Daniel to a clarifying moment that shaped his future direction.

“I was watching a sunset one day and I thought, ‘now what?’ “ he recalls.

“Then something popped in my head: life coaching. And that is what I went on to do.”

The decision was made in a heartbeat, but, in reality, it was a transition many decades in the making.

Daniel grew up poor and disadvantaged in Melbourne’s outer north, surrounded by criminal gangs and a lack of strong role models. His father was not in the picture and his mother was on a disability support pension. The family lived off food stamps, and Daniel stole and dealt drugs to get by.

“It was a childhood of trauma, crime and violence,” he says. “And I emerged with PTSD.”

Just before his 21st birthday, Daniel decided to commit suicide. There he was, at the beginning of his life, with a shotgun barrel in his mouth, ready to pull the trigger. The thought of his friends and family blaming themselves is what stopped him.

“Up until that point, for as long as I could remember, I thought I had two destinations in life: dead or in jail,” he says.

Daniel instead turned his life around. He lost 37kg, took a stress management course, and started Kung Fu training, chiefly to harness the meditation component.

“They were the three things that shifted me,” he says.

He joined The Life Coaching College as a student in 2016 where he completed his Master Practitioner of Coaching studies, studying neuro-linguistic programming, hypnosis, and behavioural profiling, among other techniques, in a blended environment of online and live training. The course is the largest live coaching certification course in Australia.

“Every new subject I took, it was breakthrough after breakthrough, layer after layer,” says Daniel, who was awarded student of the year two years in a row.

“I would think I would hit a peak, and then it would be another mind-blowing course.”

He was drawn to The Life Coaching College because of its community focus, the wide range of courses, and the dynamic live teaching.

“It was the first time I was in a room where everyone was on the same page, with people who were wanting to grow and learn in such a positive environment,” he says.

“It was literally the first time I felt at home anywhere.”

For the past five years, Daniel has been leading a teen coaching program in Melbourne schools offering fitness and mindset programs and passing on the knowledge he has learned at the college to adolescents.

A few years ago, he also started teaching students at The Life Coaching College, working on the personal development and mental health aspect of course materials.

For his own private clients, Daniel also plans to launch a new online training module, Bridging the Teen Gap, to help foster better communication between teens and parents. He is planning to expand his programs across the world to “reach as many families as possible”.

“I didn’t have a family or any support so I am just trying to pay it forward,” he says.

Daniel says the year completing his Master Practitioner of Coaching studies was about “more than just a piece of paper”.

“It’s a journey and you end up part of a community,” he says.

“I have started to believe my story again; not where I come from, but who I am as a person.

“Now I am 100 per cent comfortable with who I am and now I help people to find that for themselves.”